15 October:  We had the First Match in our annual winter league today. The anglers were well spread out all along the section at O’Briens Bridge due to overgrown pegs.

Down stream of the dam fished the most consistent with Steve and Ian both having double figure weights on pole and whip. However it was Richard, who had a magnificent 18lb -12oz on the whip from peg 6, who took the honors. The best weight on the feeder was from Tommy with 9lb 4oz. 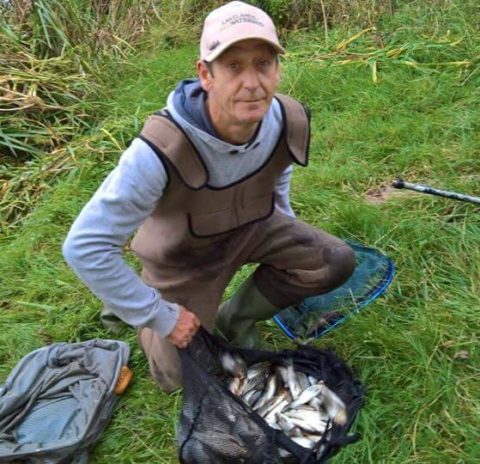 Next league match is on the 12th of Nov. venue to be announced. 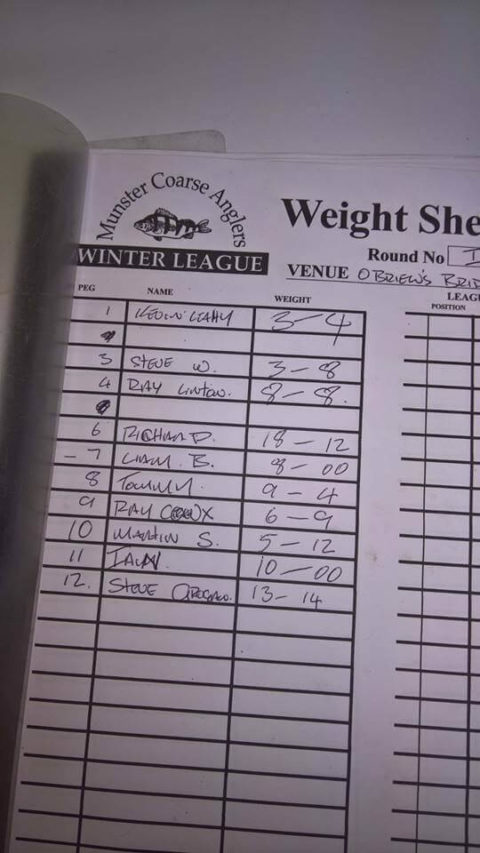