Munster Coarse Anglers report on round 4 of their Winter League… 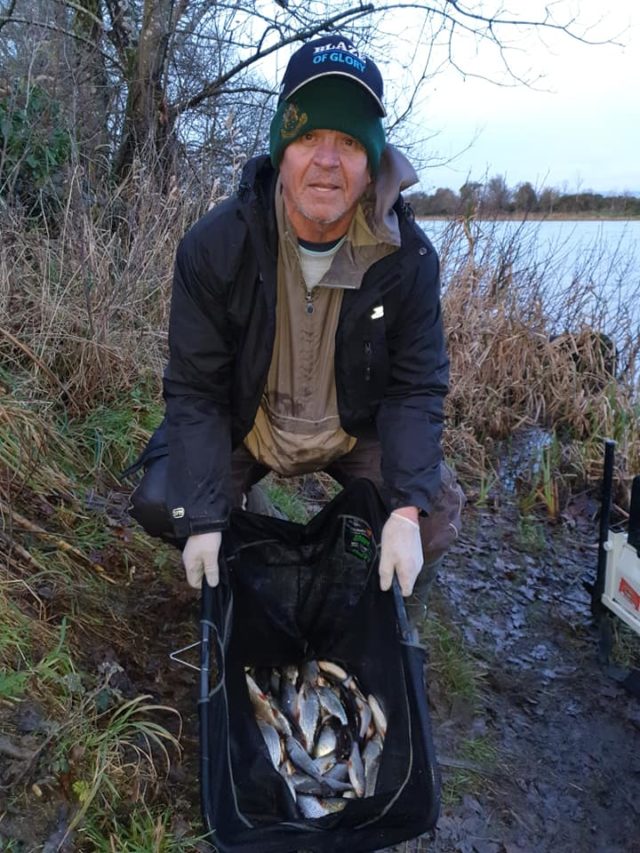 15 December: It was back to O’Briensbridge but this time downstream along the rowing course. Nine hardy souls wrapped up warm and hunkered down to brave the cold east wind but thankfully none of the sleet and snow showers appeared.

Although bites were slow in coming for some, others had a reasonably good day with the deeper downstream pegs fishing the most consistent. 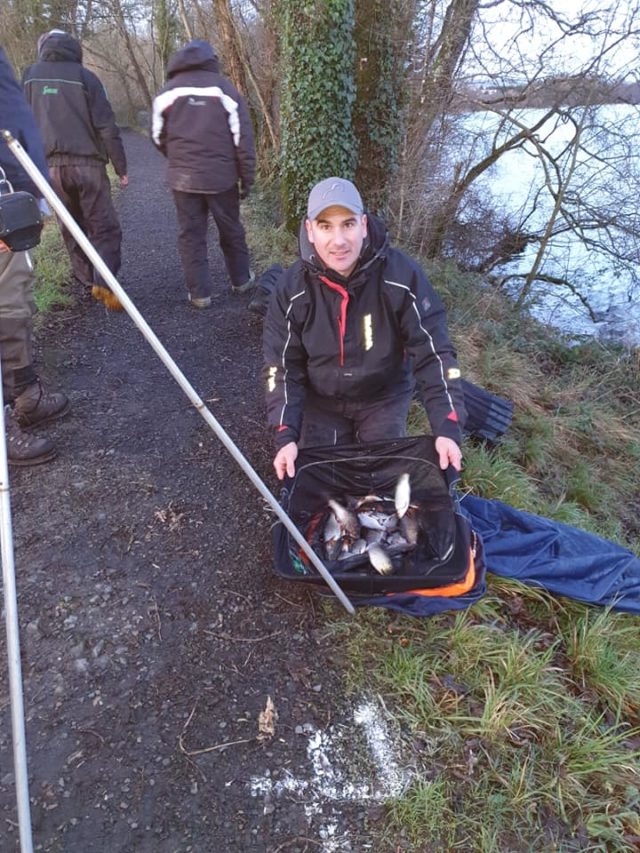 Gone were the dace that had dominated the last match upstream and it was roach and perch made up the weights.

Well done to Shane who made the long journey down from Roscommon to take top spot.

Well done Cian, our junior member, who stuck It out in a rock hard peg to weigh in. 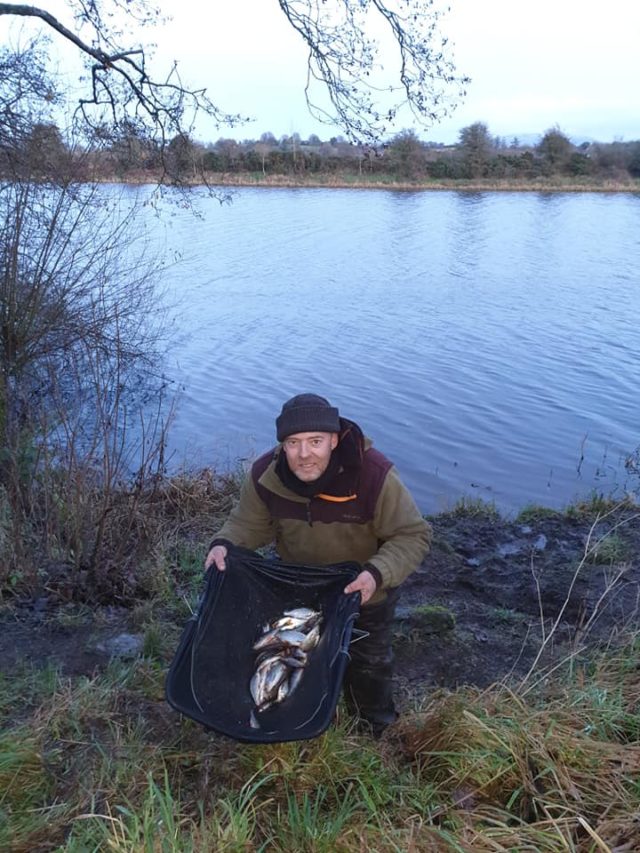