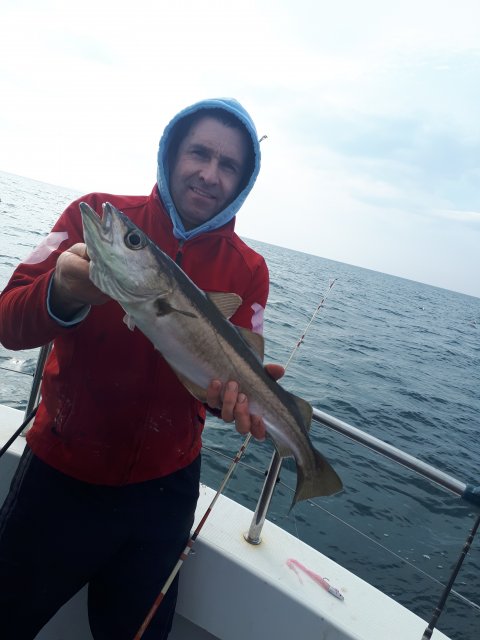 We had some nice pollack fishing  on board Brazen Hussy using light tackle with jellies on the drift.

We anchored in search for spurdog but unfortunately to no avail, but we managed some nice huss to 108cm and pouting, we also had a nice shot of mackerel, and a surprise herring in with them.

Plenty of sandeels and launce been taken on sabikis so plenty of bait fish.

We have some weekend dates left in April for huss and spurdogs as well as whitfish and we should see hope showing up shortly also.

Fishing heats up for charter boat Fuego in Caherciveen