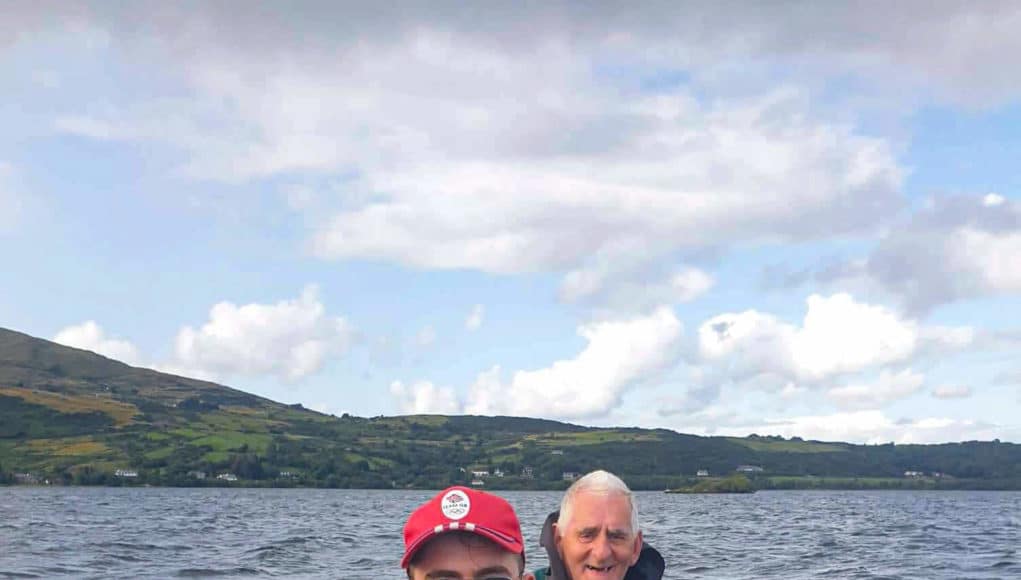 Declan Gibbons reports from Corrib on a week of good sport for visiting anglers.

Starting off in the Cornamona area Tom Doc Sullivan http://www.tomdoc.com reports of good fishing in the area with anglers that took to the water being rewarded with some nice catches: David Meighan from Kildare had a nice fish of 3.25Lbs for his day.

Father and daughter duo from Athy Gerry and Lucy Carberry had 3 fish for their day on Corrib, Gerrys best fish was was 2lbs+ on a dry sedge and Lucy caught her first Corrib trout on dry artificial.

Father and Son Duo Ivor and Adam Trimble from Rathfriland, Co., Down enjoyed a day on Corrib with Adam landing his PB Brown trout of 3.5Lbs on a stimulator.

Richard Molloy of Ballard Shore Boat Hire & Self Catering 087-2879339 reports of visiting Northern Ireland anglers for two days and caught and released 7 fish for their trip.

Kevin Molloy of Baurisheen Bay Boat Hire, Guiding & Self Catering (087-9604170) reports of USA angler Mike Sheehan fly fishing on Tuesday last and landed two trout for his day on Corrib with the best fish 2Lbs. On Wednesday last whilst trolling young Lottie Maher from the UK landed her first ever fish a lovely trout of 2Lbs+. Kevin himself enjoyed an afternoon daphnia fishing on Thursday last and landed 2 fish for his afternoon with the best being two and a quarter pounds.