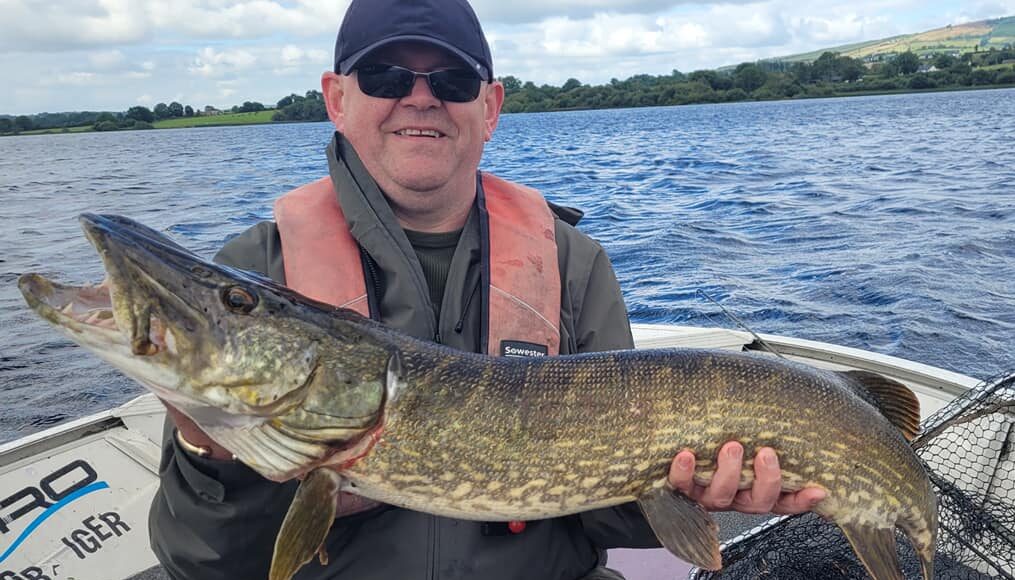 Earlier this week, after the rain and thunder cleared, Dom O Brien from London, a regular guest of TJ’s Angling Centre in Killaloe, had some well earned R&R Lough Derg. Tom had exciting fishing with 12 pike landed. There were a lot of small ones but the biggest made it all worthwhile. The big pike treated Tom to a real battle and when it came to the boat measured 105cm before being safely released again.

Also out recently were David and Liz Sanford from Greenville in South Carolina who spent a few hours on the lake during the morning. They were rewarded with some lovely fish of 98 cm, 110 cm and even 111cm.

Tjs Angling Centre is a fishing tackle store which stocks a wide range of fishing gear for fishermen. It is also a hub for information regarding fishing.