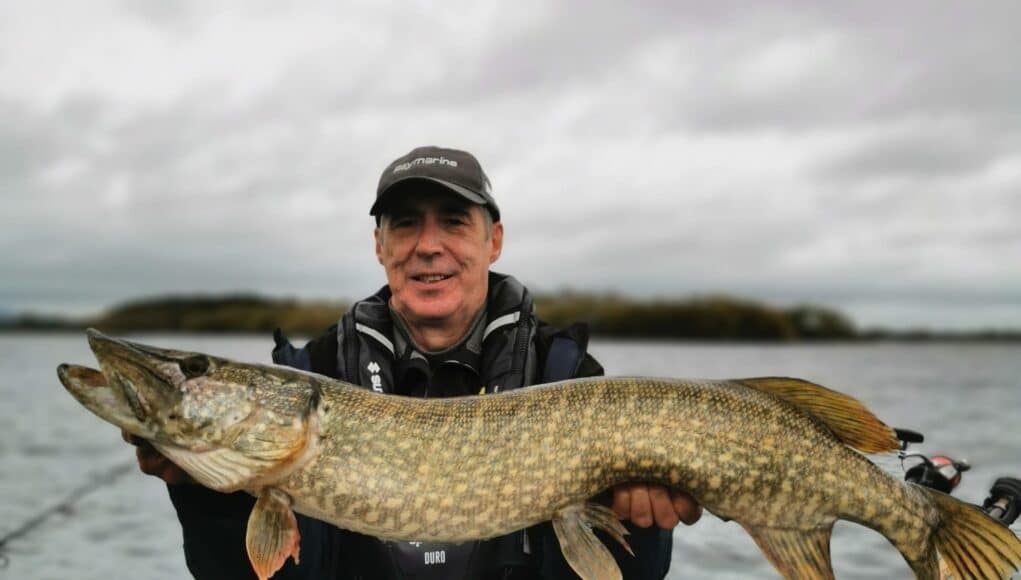 Share
WhatsApp
Facebook
Twitter
Pinterest
Linkedin
Email
The team from Guided Predator Angling welcomed regular visitor Raymond from Scotland over for his annual trip last week. Expectations are always high with Raymond as he comes in search of monster Pike! Raymond is the current record holding client for Guided Predator Angling with a fish of 28lb 1oz, he has also a good few 20lb+ fish from previous trips!
Well this week he continued with the tradition and landed a 115cm monster as well as several smaller fish (which were still a very good average size!). This week’s fish, which weighed in at 24lb 10oz, was actually a recapture from one of last week’s clients, Jason, who caught the same fish several hundred metres away from the Raymond’s capture point! Jason had been fishing with son Calvin and the duo managed to land eight fish on their day out, with seven of those over the magic 100cm mark. Keeping on the move and locating bait fish has been the key to finding pike with the higher water levels recently.
So not a bad couple of weeks at all for Guided Predator Angling and further evidence that by catching fish, taking good care of them while unhooking, and then releasing them unharmed, the fish we catch can possibly give the same joy to another angler in the future (or at least they may spawn to ensure healthier, sustainable fish stocks into the future).
Raymond and Jason with pike
1 of 5