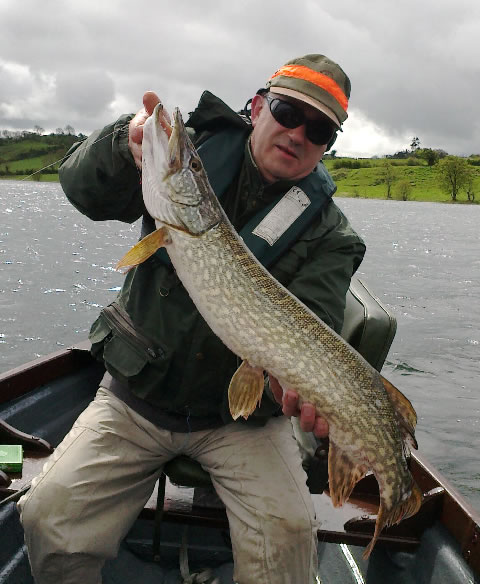 Raymond Mooney and pal Mark Bergin had a day to remember on Lene recently. The Balbriggan lads headed out from Fagan’s Point for a days fly-fishing for trout, and were looking forward to some action. Well they got plenty of action, as Raymond latched onto a huge double figure pike on a small Red /Black Montana trout fly. The lads had a mighty bit of sport as Raymond put all his skills to the test as he played this monster with 8lbs leader line, and no wire trace. The could see that the pike was caught in what we call the scissors, and eventually them managed to boat this super fish. After a quick photo shoot of they prized catch it was released un- harmed. The lads also had some super trout best of the day 4.2lbs.