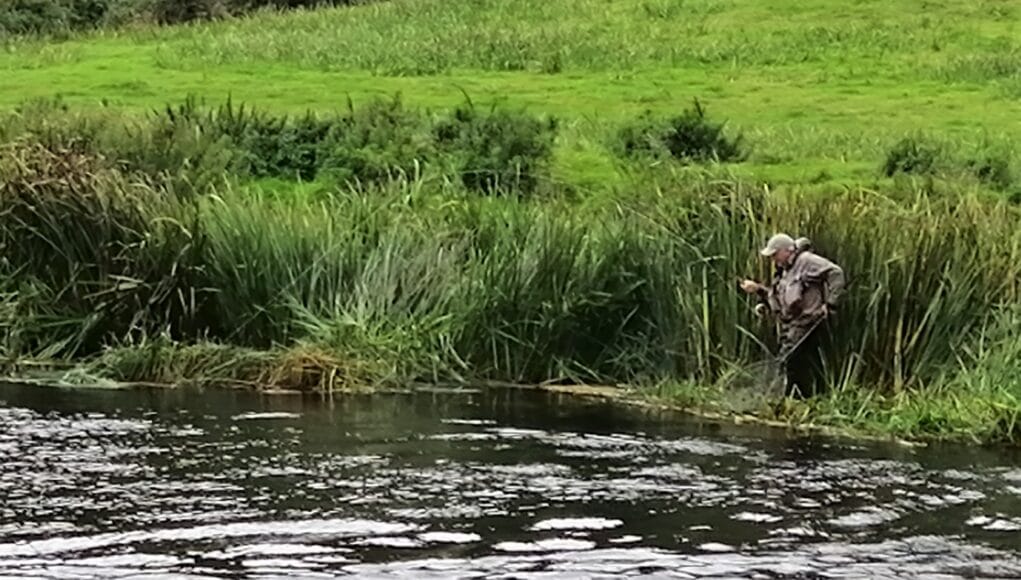 We have just received some information on salmon fishing on the River Boyne over the last few weeks. Word is that there were some nice catches of salmon and grilse between Drogheda and Navan during August. Salmon to 12lbs were caught and some of the grilse landed were reported to be a very good size, around 6lbs. All legitimaite methods took fish including fly, shrimp and spinning. Angling pressure is quite low on the Boyne at the moment.

Many anglers were very happy that the floods during the period helped to spread fish right throughout the system rather than having them concentrated in a small number of locations.

I happened to run into Pat O’Toole on the Boyne last Friday when I was out and about and while we were chatting Pat hooked into a very nice salmon. The fish was played for a short period of time and expertly landed by Pat.

It seemed however, that the fish only realised what was happening when it was in the landing net. Making a few powerful drives to try and escape back to the river. A quick photo and the fish was released safely back to the waters of the Boyne to continue its upstream journey. The park shrimp did the business for Pat.

The river is low and clear at the moment and some rain would be more than welcome by everyone. Including the fish!

Information on salmon fishing in the north-east can be found at the following link https://fishinginireland.info/salmon/east/