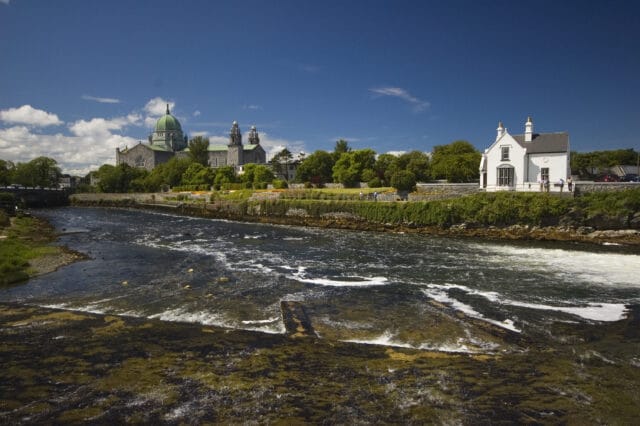 Fishing pressure during August was very low due to several factors. Water levels were very low but water temperature peaked at 24 degrees C. at one stage and this caused the fishery to close for a week.

As a consequence, a lot of anglers stopped fishing due to these conditions as fish would not survive too well after being played out. Fortunately, the weir helped to keep the oxygen content on the high side which definitely helped fish survival.

Neil Spellacy landed two for 4.5lbs on the fly at the beginning of the month and sportingly released both.

Michael Barry caught a nice fresh fish of 3.5lbs, while Michael Brown from Clare had a fish on the shrimp of 4.5 lbs.

Niall Lynch fished for 3 days and landed a fish each day with an average weight of 4lbs all on fly.

Robert Bradley had a fish for 3.5lbs on the fly and last but not least, Paddy Gargan landed a lovely 9 lbs fish on a switch rod on the fly.