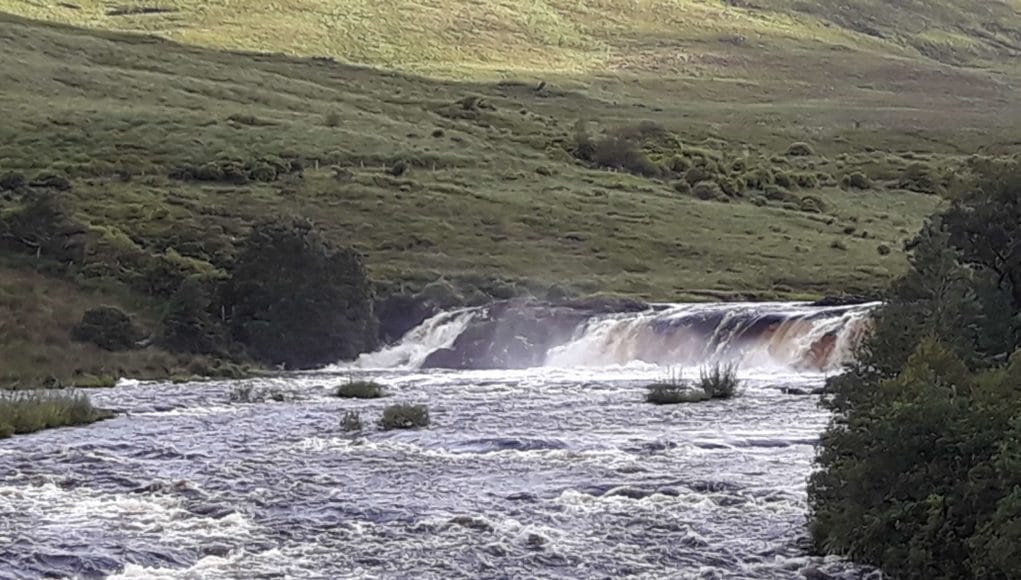 The following is the angling report for the Erriff for the 20th – 30th September.

We had a good finish to our season with 30 salmon landed during this period. Some of the catches included the following, Cyril Biggins fished the morning of the 22nd on Beat 6 and released a good grilse of 6lbs using a #16 Black Francis. Sam McMenamin returned to the fishery and released 2 grilse of 4.5lbs and 5lbs respectively from Joyce’s Sands on Beat 5 and the Cottage Pool on Beat 4, both caught on a 1” Posh Tosh tube fly.

Derek Killeen also had a good salmon later that day from Joyce’s Sands estimated at 7lbs which he released, he was using a #10 Ally’s Shrimp. Jonathan Murray returned on the 26th and released 2 good salmon of 5lbs and 10lbs using a Sunray Shadow in the Colonel’s Pool on Beat 6. On Friday 27th regular angler Martin Wiltort landed 2 grilse of 4.4lbs from the Willow Pool and Colonel’s Pool on Beat 6 using a Sunray Shadow and Collie Dog tube fly.

Previous salmon course participant Barry Dunbar returned to put his skills into practice on the 27th and 28th and was rewarded with his 1st and 2nd salmon ever! His 1st was a 6lbs wild grilse which he released from Beat 5 using a #12 Cascade and the other a 3.5lbs wild grilse, released from Beat 7 using a #12 Francis tube, needless to say he was a very happy angler going home and remarked on how he enjoyed releasing the fish as much as he did catching them, which was great to hear.

Looking back on the catches for 2019 it was a very good season indeed, regular rainfall throughout the second half of the season coupled with good numbers of fish and anglers returning brought our final catch to 427 salmon.

I would like to thank all the new and regular anglers who came and fished with us throughout the season without whom we would not have these catches to report on. I wish you all the best for the coming Winter and look forward to seeing you all again in the 2020 season.

Pike to 110cm on lure and fly for Midlands anglers