Fishing in Ireland – Catch the unexpected
Home Sustainable angling No wind, no sharks? No problem, tope and more in Galway Bay 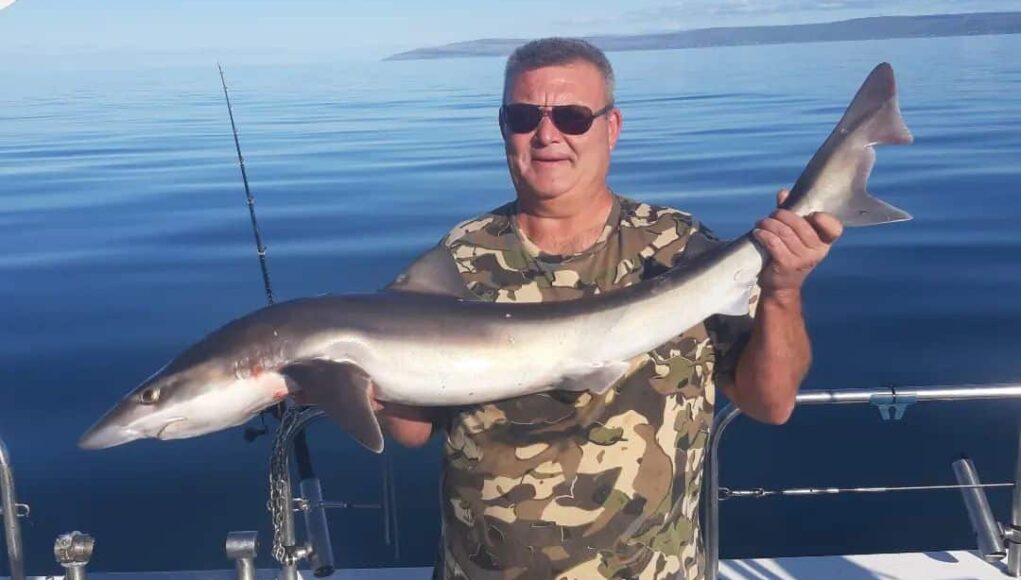 Lack of wind isn’t often a feature of fishing on the west coast, but that was the case for a day shark fishing this week. John Fleming says the wind was so slack thar the slick just drifted a big circle around the boat!

However the other species more than made up for the lack of sharks, with some lovely ling, pollack, whiting, coalies and pouting on the drift.

“Around 2PM we decided to call it quits and headed in the bay in search of some tope. We had a while to wait before they found the baits but we managed 6 tope with Alan McEvoy having the best fish. Nothing big but good sport at least.