This report on the latest round of qualifiers for the Ireland’s Feeder King final from the CM Lakelands Feeder Club:

Qualifier 7 was fished today on a wet Lough Muckno, fishing was generally good, but Black Island was tough in the middle.

Zone A yellow island was won by Nick Richards with a very impressive bream weight of over 20kg, he now joins his world champion son, Charlie in the final.

Zone B was won by Robertas Zilaitis, who has had a great run in the last 3 matches with an 11kg plus weight, to book his place in the final.

Zone C was won by Paul Leese from a good draw on Concra Wood, with a weight of 12kg plus.

The final qualifier is on Lough Sillan/Annaherrin, with only 3 golden tickets left for the final. 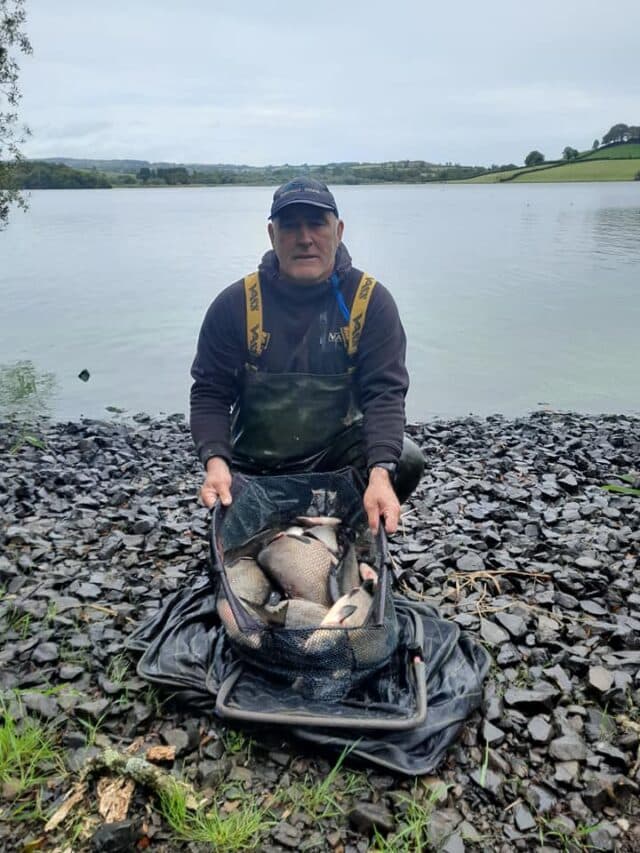