Geoff Ormiston from Washington State visited Limerick for the World Lacrosse Championships at UL but took time out to fish with me on the Maigue. The river was almost back to normal levels following the freak weather we had experienced, refreshed and with more pace.

We hit a fall of mating gnat which had the trout very active, and though Geoff would not be overly experienced with the upstream advanced fly-fishing approach, he acquitted himself admirably as my photos prove.

Geoff was blown away by Ireland and it’s natural beauty and will no doubt spread the word.

All fish released as usual. 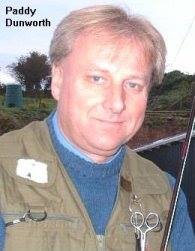 Notes:  Based near the picturesque village of Adare (Ireland’s Prettiest Village)

Paddy has been delivering personal guiding for wild brown trout on local streams and rivers for 25 years now. He is a qualified Marine and Countryside Guide and offers Fly-casting tuition for beginners and improvers.

Paddy replies promptly to all queries, email best so I have reference record of details in the event of a follow-up booking. Deposit not usually required as advice of accommodation suffices in lieu.

Full fly outfit/waders etc. on hire also for those wishing to go alone.