Fishing in Ireland – Catch the unexpected
Home Sea angling reports Late season Blues for West Cork Charters
Share
WhatsApp
Facebook
Twitter
Pinterest
Linkedin
Email
Dave Edwards of West Cork Charters has been tagging Bluefin this year as part of the Tuna CHART programme. He had some scientists aboard last week and was scouting around to see if there were any Bluefin still about. Having tried inshore to no avail, he decided to take a 20km run offshore to some clearer waters. But, when, that didn’t throw up any sign of BFT either he wasn’t about to waste a good day on the water and decided to take a punt on there being some late-season Blue Shark around. And, his punt paid off with a cracking specimen sized blue that is the latest in the season ever recorded as part of the Marine Sportfish Tagging Programme. 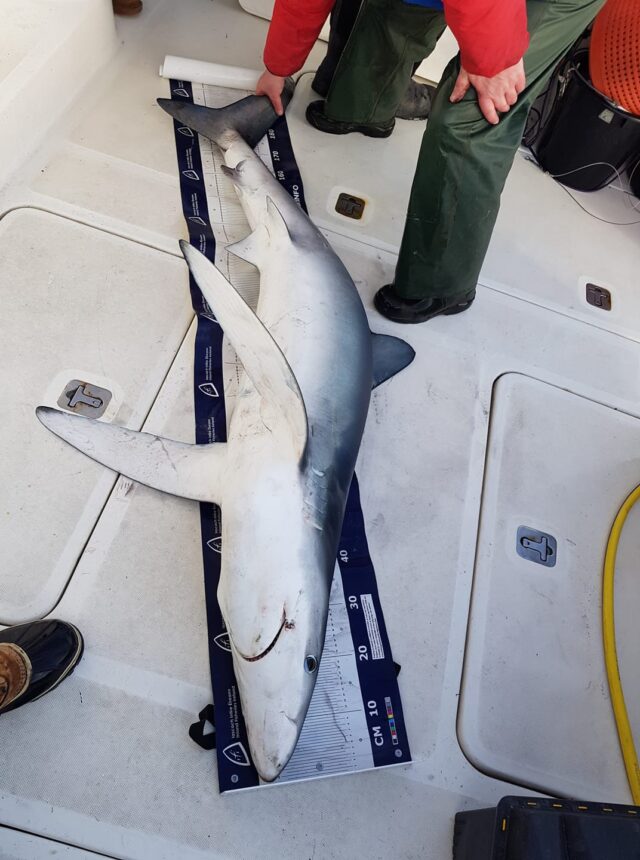 Dave also got the first blue shark of the year this year so he has nicely bookended the shark season. There are some great underwater shots of the blue on his Facebook page.