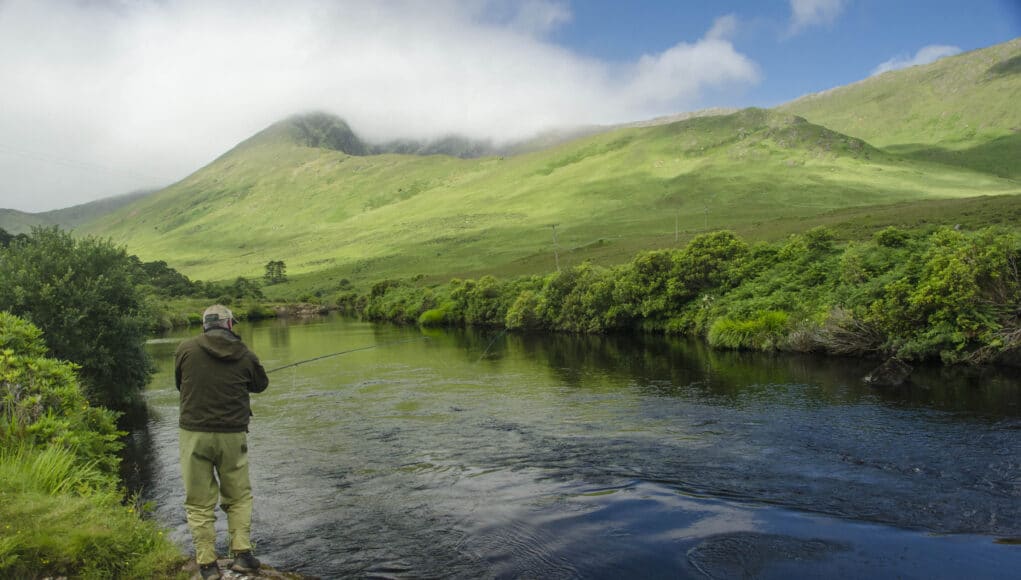 Donavin Brinklow reports on the first few weeks of the season on the Erriff.

The start of the season was tough with not much rain and low river levels. The first flood on the Erriff produced a few fish for the Delphi anglers. On the 5th May Nico Mittmann caught the first salmon of the year in the Bridge Pool on beat 9, weighing 6lbs and another of 7.5lbs in the Garden Pool. The next day proved to be good too, Urs Leibundgut landed a 9.5lbs salmon in the Bridge Pool using a Silver Stoat.

Owen Trill landed a wild salmon of 8lbs on Beat 9 using a Willie Gunn a- the fish was safely released.

10th May Steven Jones landed a 9 lbs wild salmon on Beat 9 in the Gauge Pool using a Willie Gunn.

John Phelan had 4 sea trout around the 0.5lb mark in the Garden Pool on the 3rd June, and a 4 lbs salmon in the Falls Pool  using a Posh Tosh. On the 4th Paul Malloy also landed a 6lbs wild salmon in the Middle Garden Pool.

All wild fish were safely released .There were 11 salmon caught 9 wild and 4 ranched and 6 sea trout for low enough rod effort. With the grilse run getting underway, the Erriff should see more effort and more fish over the next few weeks.

The Erriff System is comprised of the Erriff River and the two small loughs of Tawnyard and Derrintin. The River Erriff is one of the premier salmon fishing rivers in Ireland. A spate river, it is characterised by lively streams and deep fish-holding pools. It has 8 miles of prime angling water, divided into 9 beats. Beats are un-crowded with only two rods on most and a maximum of 3 sometimes. Angling is rotated on a daily basis.