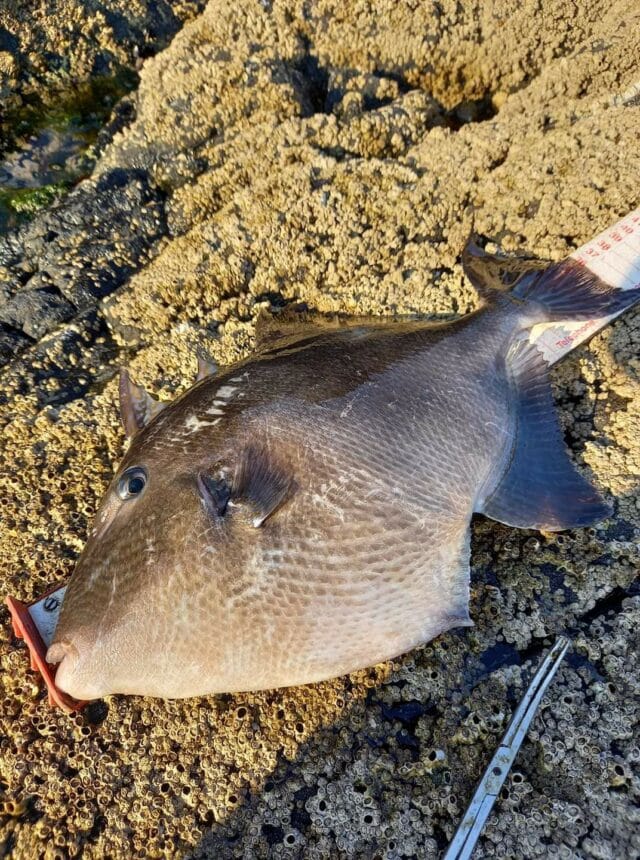 More crazy fishing for the Mariners crew with specimen smoothhound from the Donegal Bay shore which is a species that would be considered a real rarity for the angler around these parts.

A lovely fish for Daragh of almost 100cm landed to start things off and another fish bust the snood. Then a fish of 106cm which is over specimen length for Cormac which both gave serious runs before measure and release. Later in the week, more hounds were caught by David and Darren getting the reels screaming. Great fishing and nice to get the first smooth hounds on the local beaches!

Elsewhere, an amazing sight greeted the crew as they landed to a rock mark and first thing they saw was a shoal of triggerfish patrolling along the rocks. Quickly throwing the rods together and slapping on float and traces Johnny and Diarmuid got the shoal feeding and these powerful fish busted several snoods before Diarmuid McCallig landed a first local trigger after years of trying for them by several anglers!

The local harbour can also provide some quality fishing. With a slice of bread and a float some quality harbour mullet were landed by the lads providing equal joy and frustration trying to tease a take.