John Diamond was in touch to tell us that the The 5th Henry’s Tackleshop Irish Cod Championships were held by Sea Angling Ireland SAC on the evening of Saturday, November 18th in Youghal…

A total of 80 anglers traveled to take part in this event. It was a pleasant  evening with anglers stretched along Youghal and Redbarn Beaches.

Fishing was steady, but cod were in sort supply. At 9.00pm lines were reeled in and the anglers returned to The Walter Raleigh to tally the score cards and for the Prizegiving.

There was a total of  399 fish caught by the anglers, the species caught were Whiting, Dogfish, Painted Ray, Coalfish, Flounder, Bass, Cod, Shore Rockling, Poor Cod.

The results were as follows:

Sea Angling Ireland SAC would like to thank the Sponsor, Henry’s Tackle Shop. We would like to also thank the Walter Raleigh Hotel for their hospitality during the weekend. We will be back in Youghal next year on December 1st for the sixth Irish Cod Championships.

Sea Angling Ireland SAC is open for membership.
Senior anglers may now apply for membership of the club for their children, grandchildren, nephews and nieces. Under 16s join as juveniles and membership is 10 euro a year.
Click here for more details.
For further details email secretary@saisac.org 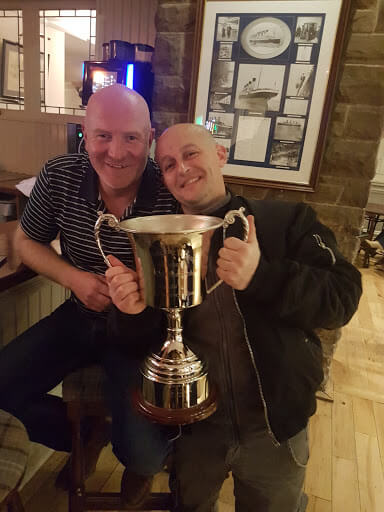